Dawn of the Renaissance

Florence is really one of the most romantic and wonderful cities to visit. Whether you’re watching the sunset over the Arno from the Ponte Vecchio or waking up to the bells of Il Duomo, the spirit of the iconic painters and sculptors and artists of yore are always alive in city.

This fabulous exhibit is on display at the J. Paul Getty Center for just a short while longer. I highly recommend you see it before it closes.  The exhibit focuses on the 14th century of Florentine art, dubbed “The Dawn of the Renaissance“. The birth of this inimitable movement in time is so remarkable because of its pioneering cultural and intellectual influence on a period that would help shape the next 400 years of Florentine and Italian art history.  The exhibit includes one of the first dated and signed manuscripts of Dante’s Inferno, hand-written by Dante Alighieri himself. The quality of the papyrus and the vividness of the hand-painted colors and gilding makes it hard to believe it is 700 years old.

More on the exhibit:

In the early 1300s, creativity was flourishing in Florence at a time of unprecedented prosperity, urban expansion, and intellectual innovation. The Renaissance was awakening. In this dynamic climate, master painter Giotto di Bondone revolutionized painting with a new, more naturalistic approach to the human form. He—along with the iconic literary figure Dante Alighieri and accomplished panel painters and illuminators—formed a thriving artistic community that responded to the great demand for art and literature in the growing city, both for the decoration of sacred and secular buildings and for the illumination of luxurious manuscripts. 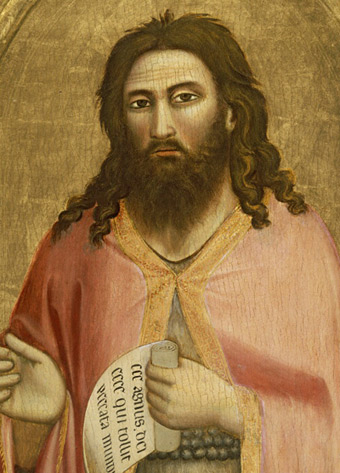 This major international loan exhibition presents seven breathtaking paintings by Giotto, the largest number ever assembled in North America, as well as extraordinary works by his Florentine contemporaries, including painters Bernardo Daddi and Taddeo Gaddi and painter-illuminators Pacino di Bonaguida, the Master of the Dominican Effigies, and the Master of the Codex of Saint George. Among the highlights are the earliest illuminated copies of Dante’s masterpiece the Divine Comedy, and nearly all the surviving leaves from the most important illuminated manuscript commission of the early 1300s, the Laudario of Sant’Agnese.

In a fresh approach to this material, paintings, manuscript illumination, and stained glass are examined side by side, in concert with new scientific analysis and findings about artists’ techniques and workshops, to reveal a complex and nuanced picture of the beauty of Florentine art during this pivotal moment in history.